‘The Report’ Solidly Struggles for Relevance 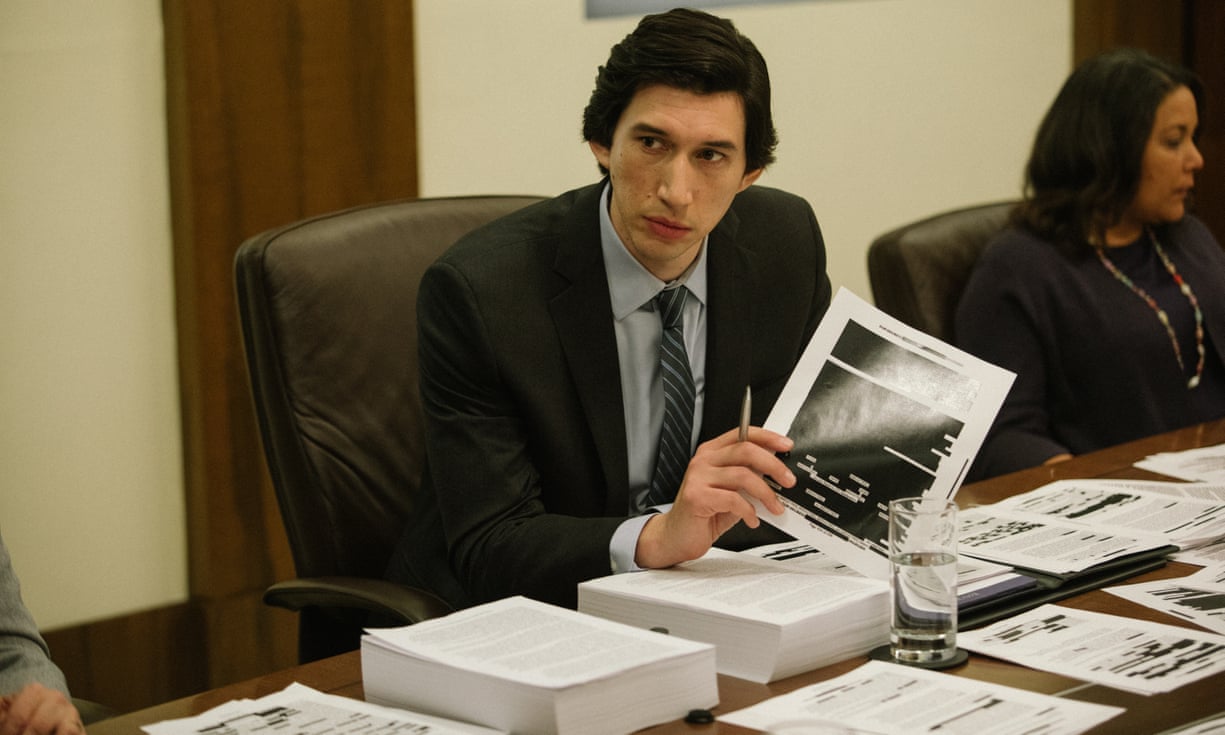 The Report is a good movie facing an uphill battle to find a wide audience and awards glory. The latter is pretty unlikely for anyone except for Adam Driver, who’ll be recognized far and wide for his role in Marriage Story before The Report. The former is a shame, because writer and director Scott Z. Burns does a solid job of turning pretty difficult material into a compelling narrative.

The Report dramatizes the Senate Intelligence Committee’s investigation into the CIA’s use of what it called enhanced interrogation procedures and came to be more correctly labeled as torture. Driver is, as usual, terrific as lead investigator Daniel J. Jones, while Annette Bening pulls off a believable Sen. Dianne Feinstein. The cast also features a who’s who of top TV talent from the past five to ten years, including Jon Hamm, Matthew Rhys, Jennifer Morrison, Michael C. Hall, Corey Stoll and Maura Tierney. I really liked the casting of Ted Levine (best known as serial killer Buffalo Bill in The Silence of the Lambs) as CIA director John Brennan.

Technically, it’s a very well done movie of the story everyone says they wish there were more of. It’s well-written, well-cast, well acted and effectively evokes both the grit and grime of anonymous black sites with both slick and merely functional bureaucratic settings. It lacks the melodramatic sweep that made, for example, Oliver Stone’s awesome JFK a riveting tale of investigation and government corruption, but it also sticks to a much more conventional version of the truth.

The movie covers material that ranges from recreations of some of the most egregious and offensive acts committed by American government officials in the name of protecting the nation from the next 9/11 to committee meetings and detailed and excited discussions in a sealed subterranean investigation room. This is Driver’s movie and he makes Jones a surprisingly likable bureaucratic protagonist fighting to get the story both correct and out to the public.

The real problem the movie has is a dramatic one. Yes, the material uncovered by the report is dramatic and shocking. But the report also came and went in real life, without making the impact on policy that it warrants. Which raises another problem in terms of seeking a wider audience as it plays so neatly into the extremely polarized political divisions of American society that there’s no way it could change anyone’s mind. Its portrayal of Democrats as the good guys and the Republicans as willingly and completely complicit is only countered by a few jabs at former President Obama and his desire to avoid extreme and impractical political battles. It ends up portraying Jones’ dive into the truth as impotent — in the end, it doesn’t matter that he’s right, that he’s documented horrible things. He never had a chance to spark change.

And The Report meets the same fate. Driver makes it worth a watch, and it is smart and intelligent — it’s just a question of how many people really want that.

The Report is streaming on Amazon Prime Video.